<<
Back to Blog
Press 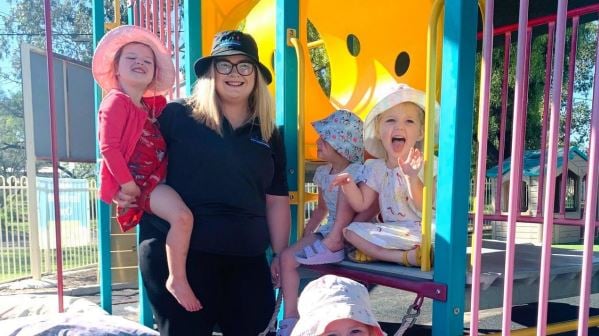 Affinity Education Group Alumni Rachel sat down with The Western Star to talk about the rewarding role she plays in little lives as an Early Childhood Educator.

“It’s been eight years of experience, a crazy ride and I haven’t stopped but I’ve loved every minute of it.”

“We need to grow our team members and we need qualified people to do that,” she said. “People just don’t understand fully about the industry but I urge anyone to give it a go and you will see how much you like it.”

Affinity Education Group (AEG) owns and operates 150-plus Lifelong Learning childcare centres throughout Australia. Industry Graduates has a longstanding exclusive partnership with AEG to assist in the management and operation of the Affinity Learning Academy. Are you interested in playing a big role in little lives? - we would love to hear from you!

Article reposted from The Western Star

Roma childcare worker hopes to entice more into the industry

Thousands of vacancies in the childcare sector has resulted in 22-year-old childcare teacher Rachel Stewart encouraging others to join the ranks in building futures for little lives.

Following her mother’s footsteps, Miss Stewart runs Milestones Early Learning in Roma and loves being a part of a child’s early education and setting them up for the rest of their lives.

In 2019, the government forecast the demand for early learning and care would create an extra 36,900 for early childhood educators by 2024.

At the beginning of 2021, the Early Learning and Care Council of Australia (ELACCA) can testify that the jobs boom is well and truly underway.

At the end of January, the 16 members of ELACCA were advertising over 3000 jobs for early childhood educators and Miss Stewart is backing the national campaign called Big Roles in Little Lives, seeking to entice career-changers into the early learning and care sector.

Starting her early childhood education traineeship at the age of 14 during high school, then graduating in Year 12 with a full-time position at Milestones in Dalby, Miss Stewart worked there for one and a half years before nannying in the remote town of Alpha.

“When I was 12 I started babysitting two little kids and from there I knew I wanted to be an early childhood teacher,” Miss Stewart said.

“Then I was approached to do a trial at a childcare, I don’t even remember having an interview and it started from there.

“When I about 19, I moved to Alpha to do nannying and I absolutely had a ball, I loved teaching but after a while it became too isolated on a cattle property in the middle of nowhere so I moved to Roma in April last year.”

“It’s been eight years of experience, a crazy ride and I haven’t stopped but I’ve loved every minute of it.”

Miss Stewart said childcare is a great industry and hopes to encourage more people to give it a crack.

“You watch kids reach their milestones … kids come give me a kiss and cuddle each morning and I’m able to watch their happy faces,” she said.

“We provide so much for these kids, early childcare education sets them up for the rest of their lives and to be a part of that is so special.”

Miss Stewart was trained under the Affinity Education Group and could not recommend them anymore than if she tried.

“When I started off as a trainee, my trainer Karla was so supportive – she would come in early and sit with me, even two hours overtime just to offer her assistance and support,” she said.

“Even until now, I’m a Centre Manager but there’s always room to progress and they are always there to help you move ahead.”

Miss Stewart said both Milestones childcare centres in Roma and Dalby, where her mother works, are always looking for staff to continue growing.

“We need to grow our team members and we need qualified people to do that,” she said.

“People just don’t understand fully about the industry but I urge anyone to give it a go and you will see how much you like it.”

Miss Stewart said people do hesitate become childcare educators due to the pay wage, however she said it’s about the job, not the money.

“We do so much for the kids and families, it’s all about our role,” she said. 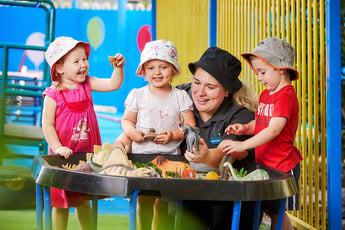 Why you should consider a career in early childhood education

A common misconception about the early childhood industry is that it is just about Childcare....